Why are More Than 40% of American Households in Dire Straights if America’s economy is doing great?

A new report from the United Way, the organization known for working directly with those in poverty and in need of assistance, reports that there are more than 40% of American Households in Dire Straights.  The United Way’s ALICE project shows all the counties in the United States with a report on how many households are not earning enough to survive in today’s economy. The report shows that a huge percentage of American households struggle to meet their basic needs, according to data from the United Way. 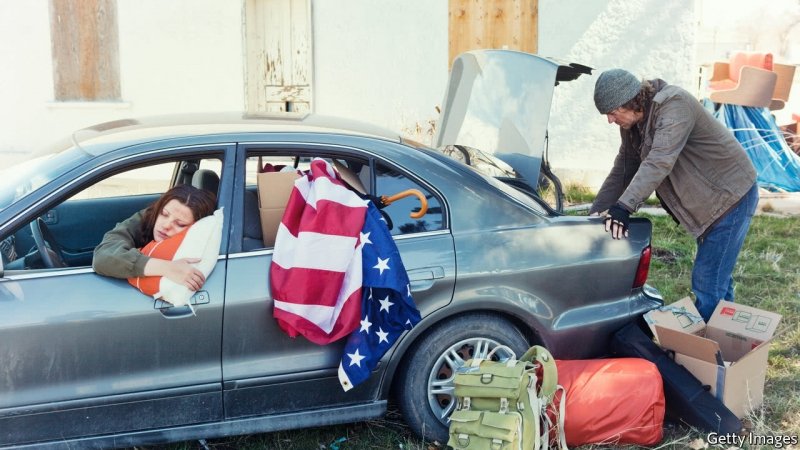 The  United Way reports that 16.1 are living below the poverty line, and ads that there are 30 million more households, which equals 46.1 Million American Households – earn “less than what it takes to survive in the modern economy,” this is according to the United Way ALICE Project.  There are 46.1 million American households living in dire straights out of a total of 122.6 million households in America.

Coined ALICE – Asset Limited, Income Constrained, Employed – by the United Way, these households are one emergency away from poverty. According to the Federal Poverty Line, they are above the line, but unable to meet the basic needs of housing, food, healthcare, childcare, and transportation.  The totality of these two baselines is what determines that more than 40% of American Households are in dire straights in today’s economic backdrop.

ALICE gathers information at the county-level data available across the nation to determine the earnings necessary to meet the cost of basic living needs in that county. Stephanie Hoopes, Ph.D., ALICE Project Director – leads the data analysis. Households that fall below the “ALICE Threshold” consists of 43 percent of American households. You’ll find ALICE all across the United States, in all regions, among all ages, races, and ethnicities.

Breaking it down to look at who most likely is going to be ALICE, look at the occupation of the earners for the household. The three most common jobs for earners found in the ALICE category are retail sales, cashiers and food preparers. Median earnings for these three jobs are below $13.07 per hour. Other jobs common among ALICE earners are office clerks, nurses, customer service reps, elementary school teachers, and maintenance and repair workers.

Whether renting or paying a mortgage, this sector has a huge struggle with the high cost of housing. The ALICE Project says there is a “mismatch between the number of households with income below the ALICE Threshold and the number of housing units that they can afford in a given county.”  While historically the market has adapted rather quickly to what consumers are able and willing to pay, the United Way says, “there are many constraints on the housing market that prevent it from adjusting quickly.”

The United Way of Northern New Jersey initiated the ALICE Project at the beginning of the Great Recession with a mission of redefining financial hardship in the US, with more comprehensive and precise data. Their goal is to inform policy for government, business, and nonprofit organizations.

All across America, there are counties that have more than 40% of American households in dire straights.  Continue reading to see how these local counties are faring in this high level of poverty.

Ask ALICE in Oregon:
Taking a look at the data for Lane County and other counties near, the results of the findings of ALICE

Thank you for working with me and being patient. Thank you again for moving the closing date up a month. I just need to get out sooner than I originally thought. I hope everything works well for you.