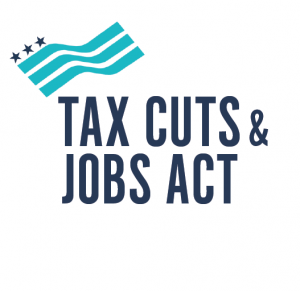 The new Tax Cuts and Jobs Act went into effect January of 2018, yet a year and a half later there are still a multitude of questions surrounding one portion of the Act, the Opportunity Zones.

While this document by the IRS may be fascinating for me to read, I realize it probably isn’t fascinating for most people.  One would probably rather have a root canal procedure than read the government jargon.

Google: IRC 1400Z—2 titled Special rules for capital gains invested in opportunity zones if you want geek out on this.

WHERE IS MY TAX CUT?

Are you wondering where your tax cuts went?

The 2018 tax returns were filed AND the majority of Americans paid much more in taxes. Did you know that the TRUMP tax cuts are merely for large corporations and the upper echelon of the 1%?  The tax cuts are not for us average Joes.

What really happened under the Trump Tax Cuts:

Your pay check got larger, as the tax law changed the amount of deductions from your pay check.  HOWEVER, when it came time to file your taxes 1040 form, most Americans found that for the first time ever they owed taxes and were not getting a much desired refund!

Forbes reported that while many people technically did have lower taxes, but the cuts are so tiny it was hardly noticeable. The Tax Policy Center estimates the 60% of Americans at the lower end of the income distribution should have had federal tax savings of less than $1,000. Also, most people believe the tax cuts didn’t benefit people like them but only the very wealthy. They are right. Those in the top 1% saved $51,000.

The biggest winners in the Trump tax cuts were corporations and the households that get income from corporate profits—that is, the very wealthiest Americans. The top corporate income tax rate dropped by almost 40%, from 35% to 21%. And that cut is permanent, while the household rate cuts expire after 2025.—Forbes 4/9/19.

However, if you are looking for a way to save taxes under the new “Tax Cuts and Jobs Act”, then you should look into Opportunity Zones

If you are not receiving corporate profits, how can you benefit?  – One answer: Opportunity Zones

Here’s a recap of the program as explained in another post:

Governors from each state (and Puerto Rico) identified specific geographical areas to be labeled Opportunity Zones, based on economic need, potential for revitalization and economic growth.

The new law is designed to encourage investors to inject capital into these opportunity zones. The plan is that these zones will reap new structures, new business and new and better jobs.

One can invest capital gains in opportunity zones, which are funds you gain by selling a variety of appreciated assets, and as a result defer the capital gains tax. Meanwhile, as the funds appreciate in the new project you can again save in more gains taxes if you don’t sell the real estate or business in the opportunity zone, until at least 5 years from now.

Hold the asset for:

It’s important that a new entity be structured before investing in the Opportunity Zone. The new entity is the Qualified Opportunity Fund. It must be recorded as a corporation or partnership. The fund then owns the qualified opportunity zone property or business.

The devil is in the details when it comes to the type of property/business that QOF qualifies to invest in.

Similarly, if a fund holds a shopping center it most likely qualifies, except for some kinds of property that might be present. There are specific categories of businesses that can’t qualify for indirect investment, including private and commercial golf clubs, tanning salons, country clubs, massage parlors, hot tub facilities, gambling facilities and perhaps liquor/cannabis stores.

While the IRS published the “Guidance PDF” on Qualified Opportunity Funds and Opportunity Zones on April 19, 2019, the review of the proposed regulations will not be held until July 9th, 2019.

Pooling money to create the QOF:

Any number of organizations, persons, financial institutions, etc., can set up qualified opportunity funds, with various objectives or specialties. Some may be formed for a single purpose such as a particular real estate development, while others might adopt more of a venture capital model with a portfolio of shares in entrepreneurial companies. The larger qualified opportunity funds could cater to many investors as a vehicle for diversified financial strategies. There are likely to be funds that are sponsored by nonprofits or foundations, or that focus on certain commercial or industrial sectors or types of communities, including rural ones.

However late this news may seem to be, these proposed regulations will be discussed at the public hearing scheduled for July 9th, 2019.