Sometimes when writing an article, I come across difficulty.  This is one of those articles, because the subject is taxing for me, and the depth of the subject is quite deep. I’ll try to keep it shallow for now. Nevertheless it is an important topic for real estate investors to recognize.

Opportunity Zones  – all started with the Trump Tax Reform of 2017. A creative capital gains tax loop hole was written into law, with the premise of rescuing communities of blithe, real estate deficiencies and business staleness. It’s called “OZ”, short for Opportunity Zones. 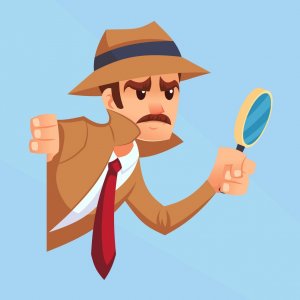 Each state and province was instructed to identify these zones, and push them up to the feds, and I think, not sure, that then the feds chose the zones, or limited the zones. Because what I have read is that states identified more zones than were granted the OZ status.

The Opportunity Zones need investors to lift these communities up. So, in order to entice investors to put their money in these areas, the tax loop hole was created if the investor used “Qualified Opportunity Funds”. If set up correctly in an LLC or another separate fund, and invested correctly, and let simmer for long enough, investors in OZ may defer capital gains taxes and avoid paying taxes on gains. How long must it simmer to pay no tax on the gains? The investment must be held for at least 10 years.

First, the taxpayer gets a temporary deferral of taxes when he/she/they reinvest a gain from a sale of anything into the OZ. So, say you sold some Apple stock and made a lot of money. If you reinvest that gain into an OZ, you don’t have to realize that gain on your taxes yet.

The OZ investment offers a step-up in basis for capital gains reinvested in a Qualified Opportunity Fund. The basis is increased by 10% if the investment in the QOF is held by the entity for at least 5 years, and by an additional 5% if held for at least 7 years, thereby excluding up to 15% of the original capital gain from taxation.

This legislation has set off a flurry of activity among fund managers, developers and investors that are looking to take advantage of the new rule.  While transaction activity has so far been quiet as industry players try to understand the ground rules and raise capital in vehicles that meet the needs of the investors and withstand the structural scrutiny; one thing is for certain, the opportunity is enormous.

Where are the Opportunity Zones?

Of course, since opportunity zones vary across the country and certainly within cities, no two opportunity zones are alike. For example, some of these zones are in very small census tracts with a high variance in economic, demographic, and housing conditions; while others are already in the process of being developed and still some have not seen any movement in recent years. Investment activity, as a result, can vary based on factors beyond such conditions.

Officially called the Investing in Opportunity Act, it promises to pump a massive amount of cash into America’s most impoverished communities by offering wealthy investors and corporations a chance to erase their tax obligations. 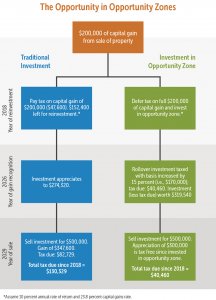