Reports are coming out from the US Dept of Treasury which call for a sweeping financial reform including the non-popular Frank-Dodd Act. Why? Because President Donald Trump signed an executive order directing  Treasury  Secretary Steven Mnuchin to examine our nation’s financial laws.  This is the second of the Treasury’s report and is 232 pages.

The Dodd-Frank Act, a 2,319-page legislation, required about 390 additional regulations i 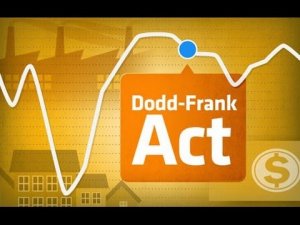 mplemented by more than a dozen different regulatory agencies. But even so, the report claims it failed to address many drivers of the financial crisis. This report claims that regulations enacted after the Great Recession (1930’s)  made it more difficult for financial institutions to recover, and made for one of the weakest economic recoveries in our history.

The report could cause the government to scale back regulations and could be enacted without legislation.  How many suggestions does the report give?  I’m looking that number up still, and can only report that all but nine (9) of the suggested regulation changes can be implemented by our nation’s federal regulatory agencies, who were consulted on the report, according to an article by Michelle Price and Pete Schroeder for Reuters.

Here are some of the Treasury’s recommendations:

Recommends that the SEC consider regulatory changes to promote improved liquidity for these companies. Changes to the price increment, or “tick size,” at which companies trade could play a role in promoting liquidity provision for less-liquid companies.

Despite recent modernization efforts to improve the visibility of regulators into the Treasury market, data gaps remain, particularly regarding PTFs, which are now some of the largest participants in the Treasury market. Treasury recommends steps to close these gaps in official sector data without imposing significant costs on market participants.

Recommends greater harmonization between the SEC and the CFTC, more appropriate capital and margin treatment for derivatives, allowing space for innovation and flexibility in execution processes, and improvements in market infrastructure.

The centralization of risk in a clearinghouse and resulting implications for systemic risk necessitate appropriate regulatory oversight, and Treasury recommends improving oversight of FMUs.”

Information for this article is found at Housing  Wire, at this link: http://bit.ly/2xzJnFa